AZETA: 50 YEARS ON THE ROAD OF CHALLENGES 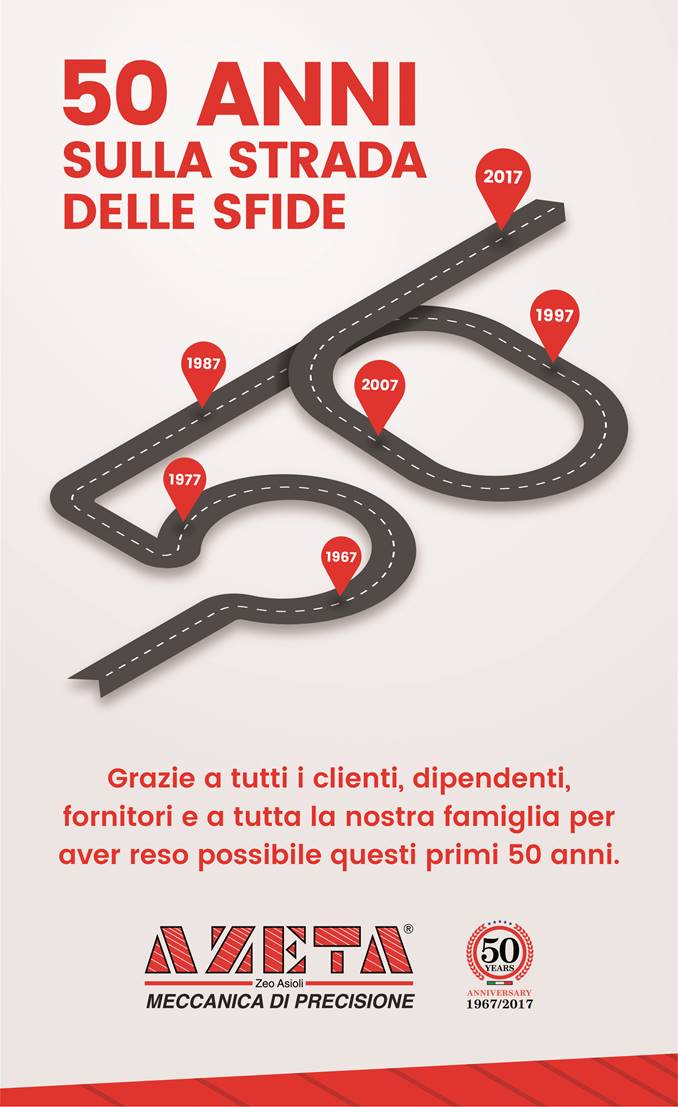 AZETA celebrates this year fifty years, half a century of challenges successfully overtaken by a unique company in the entrepreneurial landscape of reggio emilia.
Primarily for the reference market: a very competitive niche whose players are predominantly abroad.
AZETA designs and manufactures, since 1967, precision parts for hydraulics and mechanics in general.
This sector is characterized by meticulous quality and precision, insufficient product characteristics without a managerial attitude to innovation.

The same as Zeo Asioli, founder and owner of AZETA, once called curiosity, referring to himself. Personal curiosities and passions immediately translated into business research and best practices.

The results were not slow in coming: in 1977 the first gold medal at the Geneva International Motor Show is awarded to a valve for lubrication systems. In the 1980s, high-productivity machines were designed and demanded, tailored for specific products. The continued growth in the early nineties enter the Andrea and Stefano children who, along with his father, become pioneers in investing in robots and automation.

The venue opened in 2005 has, in fact, an automated vertical storage system, custom designed.
Patents, special production and testing machines meet the already achieved zero-discarded target.
In the midst of an economic crisis, AZETA expands into the US market and in 2015 it goes into the history of industrial robotics by welcoming the first two-arm collaborative robot for the assembly of small pieces.

The numbers: 4 mln turnover in 2016, thirty employees, a large family, that of the Asioli and the company, joined in a climate of respect and collaboration.

There is something to celebrate: in September an Open Day and an ‘event dinner’ will celebrate the challenges that have been gathered, the stages and the successes that this company will surely meet on its way!